To watch or not to watch…that is the deep burning moral question I, and I’m sure, many others had about The End of the Tour.
The movie is based on the true story behind the book Although Of Course You End Up Becoming Yourself: A Road Trip with David Foster Wallace published by David Lipsky in 2010, two years after David Foster Wallace’s death.

The film starts with David Lipsky hearing about the suicide of David Foster Wallace and continues with his subsequent remembrance of a five-day long road trip in which he interviewed DFW for a (never published) piece in Rolling Stone.

In the movie, you see two men (circumstantially similar but existentially different) on opposite sides of fame. A David who has fame and another who desperately wants it. It’s hard not to watch the movie without realizing that the one who wanted it is getting it now, with this movie…has been getting it since 2010 when he wrote a memoir about five days with Foster Wallace. Though Lipsky was acknowledged as a great author on his own merits, he was relatively unknown and seems to have made a career most recently, like many others, out of attaching himself to DFW. It’s a very smart career move; because Foster Wallace is so deeply missed, even by strangers because of the intimate bond he makes with readers …everyone feels a personal claim to him. Therefore, any book, any movie, anything at all claiming to have first-hand knowledge of him is bait to us.
So it seems a little convenient or advantageous for Lipsky…but countless people benefit from honest endeavors, things they love…this wouldn’t be enough to make me reconsider seeing a movie I’m interested in seeing. What is unforgivable to me is that the movie was made without the blessing of the David Foster Wallace Literary Trust. The Trust is comprised essentially of his wife, sister, family, publishers and the like…people who knew him and were close to him. People who grieved for him then and grieve for him still. Part of losing someone to suicide is to realize how little control we have over others, even ones we love, who love us. The making of this movie further emphasizes the lack of control we have concerning our loved ones by showing us how little control we have in how our loved ones are remembered. These people closest to him who oppose the film and the many other reductive ideas and labels people have slapped onto DFW not only grieve the death of someone they know and love, but grieve the birth of a collective memory of that person in which they have no part in shaping.
The following statement from them:
“That article was never published and David would never have agreed that those saved transcripts could later be repurposed as the basis of a movie. The trust was given no advance notice that this production was underway and, in fact, first heard of it when it was publicly announced. For the avoidance of doubt, there is no circumstance under which the David Foster Wallace Literary Trust would have consented to the adaptation of this interview into a motion picture, and we do not consider it an homage. Individuals and companies involved with the film were made keenly aware of the reasons for their objections to the adaptation, yet persisted in capitalizing upon a situation that leaves those closest to David unable to prevent the production.”

You can read the original article here: http://www.theguardian.com/books/2014/apr/22/david-foster-wallace-family-object-biopic-end-of-the-tour

And yet, everyone who sees this film is going to be someone who can’t help themselves. Who miss him. Who want to know more about this warm, complicated, and insightful genius. In a way, we can rest knowing that everything happened and all the words are his…(though the transcripts are “repurposed” and most likely, because it is a movie, things are dramatized, idealized, and contextually inaccurate) We want a true experience of him, after all…but the truest experience of him the way he would have wanted was…most likely, nothing like this. By all accounts, DFW did not want fame- even in the movie, he struggles intensely with the idea of fame. So of course, his family, friends, his loved ones, feel his rights being violated. This isn’t a movie, a thing to catch on the weekend, or an Oscar-buzz generator… this is an impostor, an invasion.

The thing both sides, those making and those opposing the film seem to share for DFW, however, is a love for him. A reverence for him which is felt through the film, reverence the character of David Lipsky (played brilliantly by Jesse Eisenberg) has and one the camera shares and imparts to us. From the writers to the actors, there doesn’t seem to be one person involved in this movie who does not love DFW, whose initial interest wasn’t guaranteed by the subject of the movie.
And, everything else said, it was a great movie.
Jesse Einsenberg as Lipsky was so believably vulnerable, so relentlessly unlikeable when necessary, and so nuanced in a portrayal that could have easily seemed parodic. He shifted between jealousy, different kinds of insecurity, anger, adulation, and epiphany easily, transmitting those emotions to us.
Jason Segel as David Foster Wallace has been highly praised, some going as far as calling him a “revelation.” The New York Times wrote an article on Jason Segel which revealed his process for the role:
“To prepare for the role, Mr. Segel listened to Mr. Lipsky’s recordings exhaustively, watched clip after clip of Wallace online, formed a small book club with friends to go over the 1,079-page “Infinite Jest” in 100-page chunks, and rented a cabin by himself in the California boonies to read undistracted. To play Wallace, he said he worked to strip away any vanity or hint of pretense or self-satisfaction, and strived, moment by moment, to be as honest and empathetic as he could be.”

His process worked. The words so often ascribed to DFW- charming, likable, generous, guarded are all there, as well as many more. There have been those who were close to DFW who absolutely abhor Segel’s performance and have spoken out against it…and of course, they knew the man, every small difference will be noticed, noted, and felt. It’s hard for obvious reasons to try being anyone else, but to be someone as beloved as Foster Wallace, you will be penalized by those who knew and loved him for simply not being him.

The music by Danny Elfman was like the character of DFW as presented in the movie, spare and luminous, and the filming emulated the way Lipsky seemed to be starstruck with DFW. There were no glamorous locations or situations in the film- but many shots throughout their trip of the brightly lit hotel rooms and other banal and ordinary places were caught in otherworldly lights, captured at transcendental times. The camera would often follow Jesse as Lipsky into a space of DFW’s with a reverence, a slowness and these moments seemed overexposed…not just in their washed-out light-rinsed filter, but also because it was most often a stolen glimpse into Wallace’s private spaces. The camera-work makes something sacred out of the mundane, which is, of course, how Lipsky and so many others view DFW…as an ordinary man who is a god because he’s so much an ordinary man.

And in the end, for me, it wasn’t so much a movie about DFW…it was more a movie about what it’s like to be granted a short span of time with someone you intensely admire, someone who brings out your deepest insecurities and anxieties…who lays bare each of your shortcomings and it’s also about the growth that comes from that kind of confusing condensed experience.

So obviously, I watched the movie. I pushed the moral dilemmas aside, because I didn’t believe I could rightfully have one without experiencing the movie and trying to understand what the movie was hoping to offer, even at the possible expense of what DFW would have wanted.
In an article (http://www.avclub.com/article/james-ponsoldt-david-foster-wallace-and-objections-223241), the director James Ponsoldt discusses what he hoped to offer with the movie:
“When people that aren’t Wallace fans, or just aren’t familiar, see it, I hope that it maybe inspires them to seek out his writing, to buy his books. That’s my real hope.”
Another quote from the DFW Trust says,
“Most importantly, The David Foster Wallace Literary Trust and David’s family prefer that David be remembered for his extraordinary writing.”

Both sides want the same thing, to perpetuate the work of someone they believe is singularly great. And maybe it isn’t enough anymore for authors to self-perpetuate with their writing…maybe they need the help of indie movies and not-quite-biopics to garner attention, to be more widely read, but I find it uncomfortable that even the best authors have little control in how they are remembered.
And memory is at the heart of this conflict- the many differences in how we remember and how we grieve, because to remember anything, is in a way, to grieve it’s passing. For some, like Lipsky, trying to touch, grasp, and constantly remember is a way to be closer. For others, keeping away from the man, preserving the author as he intended is the way to grieve and grieve respectfully.

I don’t know if I will ever forget the last scene of this movie. Right before Lipsky has to head home, DFW receives a call from someone and Lipsky finds out that it’s about a dance because DFW loves dancing and goes to a baptist church to do it. And the movie ends with him at this baptist church dancing with everyone around him. It’s a beautiful moment, and whether or not it’s true… whether or not he goes to dance or he goes to a recovery meeting, it’s surprising. Movies about people inherently and necessarily summarize or reduce them, but at the end of this one, Foster Wallace remains complex and elusive. And because the movie ends with a surprise, it offers a way for him to keep living beyond the movie, for him to keep existing and to keep surprising. We get the sense that there is so much more to know, so much left undiscovered. Even in their decision to make the film, the makers of the movie, in a sense painfully keep him alive to those who love him because part of being alive is ceding control…the unfortunate truth may be that we have no say in how we are remembered, how our loved ones are remembered.

but we can read and choose to remember him on his terms,
this man who, despite his suffering, wrote as “a way out of loneliness” for us as much as for him.
Who used his brilliance and genius to write about that shared marvel and ailment of being human.
Ling Ling 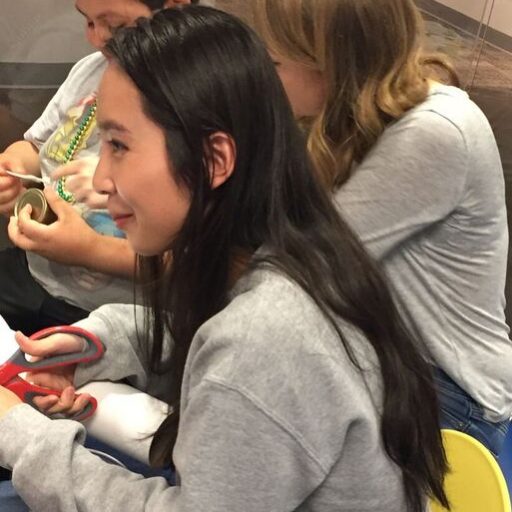